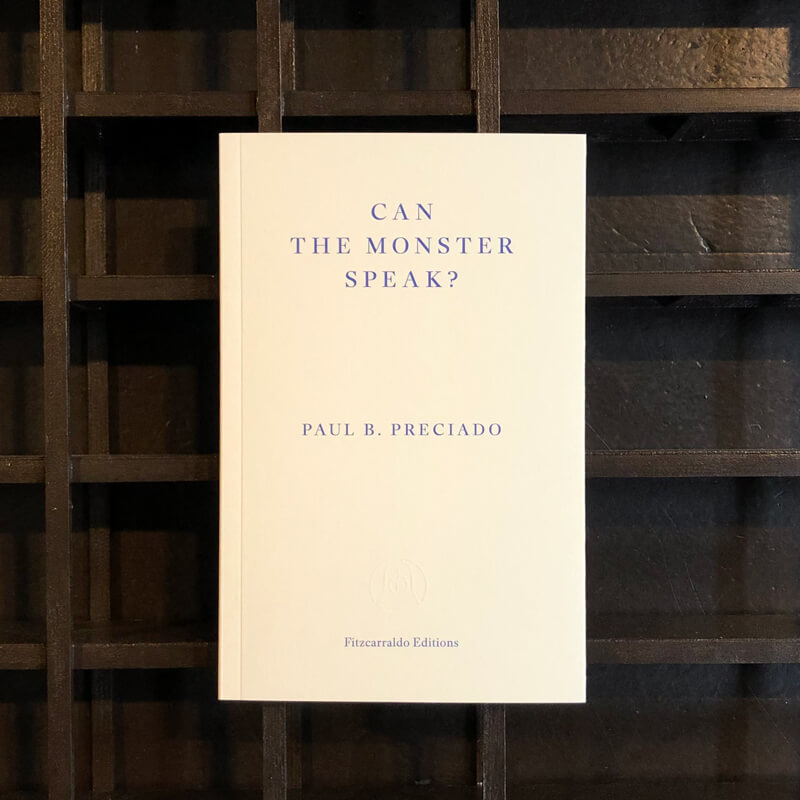 Can the monster speak?

In November 2019, Paul B. Preciado was invited to speak in front of 3,500 psychoanalysts at the École de la Cause Freudienne’s annual conference in Paris. Standing up in front of the profession for whom he is a ‘mentally ill person’ suffering from ‘gender dysphoria’, Preciado draws inspiration in his lecture from Kafka’s ‘A Report to an Academy’, in which a monkey tells an assembly of scientists that human subjectivity is a cage comparable to one made of metal bars. Demonstrating the discipline’s complicity with the ideology of sex, gender and sexual difference dating back to the colonial era, Preciado was heckled and booed and unable to finish. The lecture, filmed on smartphones, ended up published online, where fragments were transcribed, translated and published with no regard for exactitude. Eighteen months on, Can the Monster Speak? is published in a definitive translation for the first time. ↑ ↓ ↓ 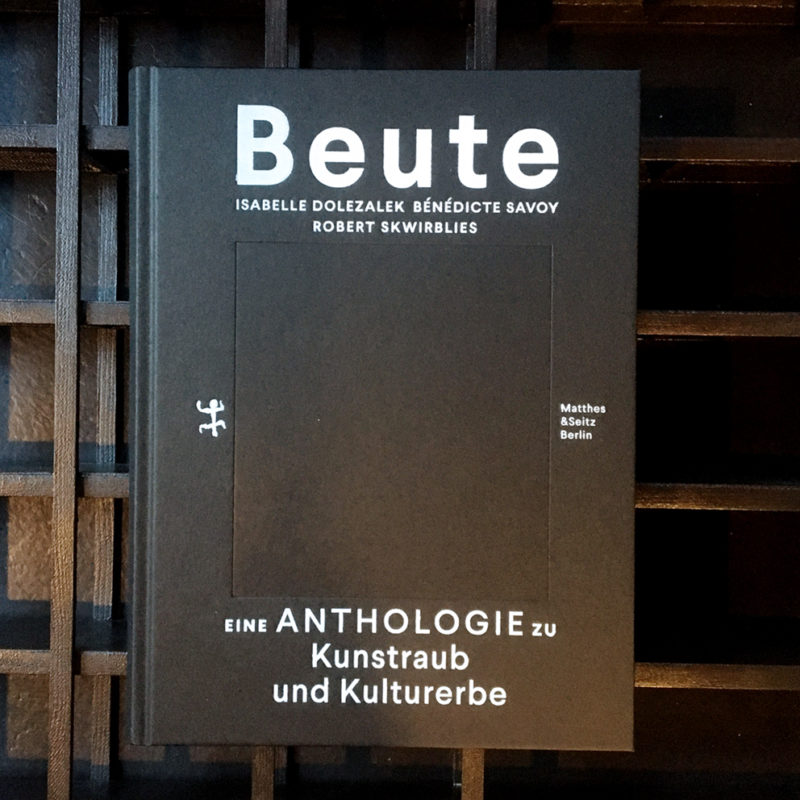 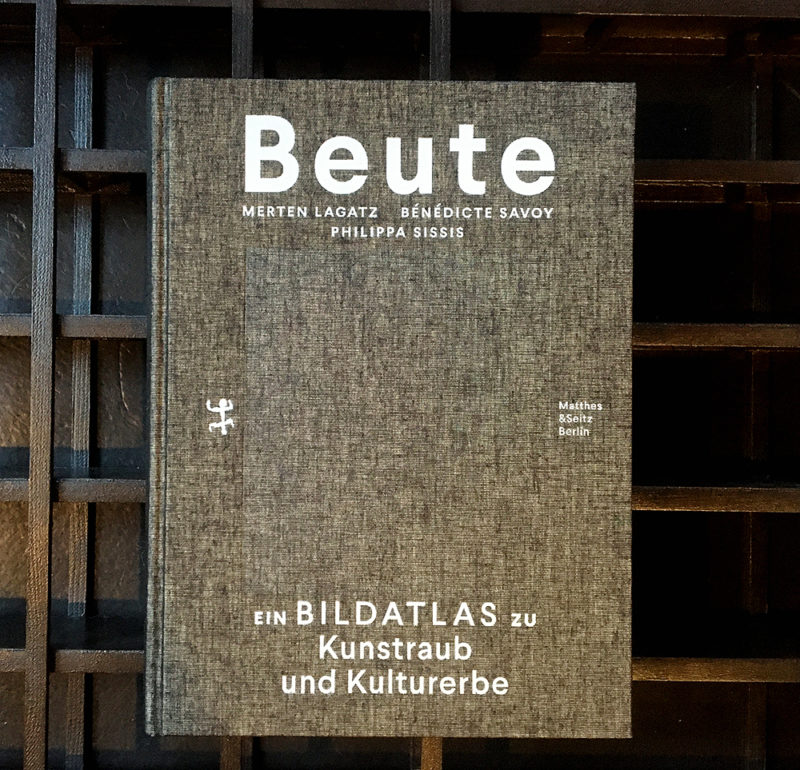 An essential sourcebook on conceptual art's famed champion, reproducing his texts as scans to immerse the reader in this deep archival dive. "Better Read Than Dead" was the title Seth Siegelaub had chosen for an anthology of his own writing—one of the projects for which he never found the time, busy as he was running his global one-man operation. The selected writings, interviews, extended bibliography and chronology in this source book fill historical gaps in the sprawling network of exhibitions, publications, projects, and collections that constitute Siegelaub’s life’s work. "Siegelaubian" paperwork comprises Siegelaub’s writings, which are reproduced as scans in order to convey the variety of the documents and to give a sense of archival immersion. Interspersed with these “writings” are interviews and talks, several newly transcribed. The majority of interviews from 1969-1972 are reprinted here. ↑ ↓ ↓ 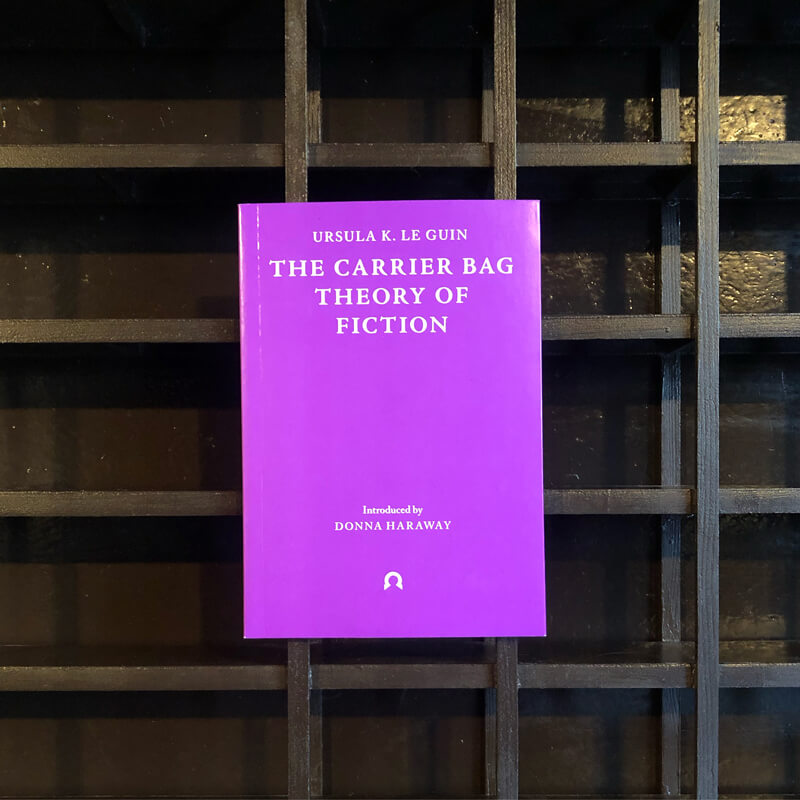 The Carrier Bag Theory of Fiction

In The Carrier Bag Theory of Fiction, visionary author Ursula K. Le Guin tells the story of human origin by redefining technology as a cultural carrier bag rather than a weapon of domination. ↑ ↓ ↓ 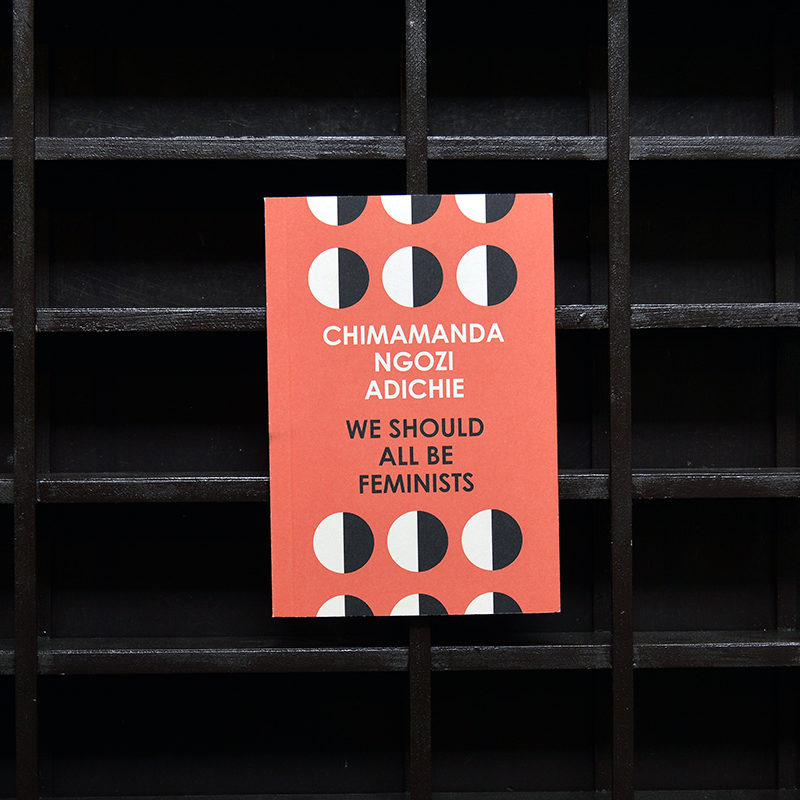 We Should All Be Feminists

We Should All Be Feminists is a book-length essay by the Nigerian author Chimamanda Ngozi Adichie. First published in 2014 by Fourth Estate, it talks about the definition of feminism for the 21st century. ↑ ↓ ↓ 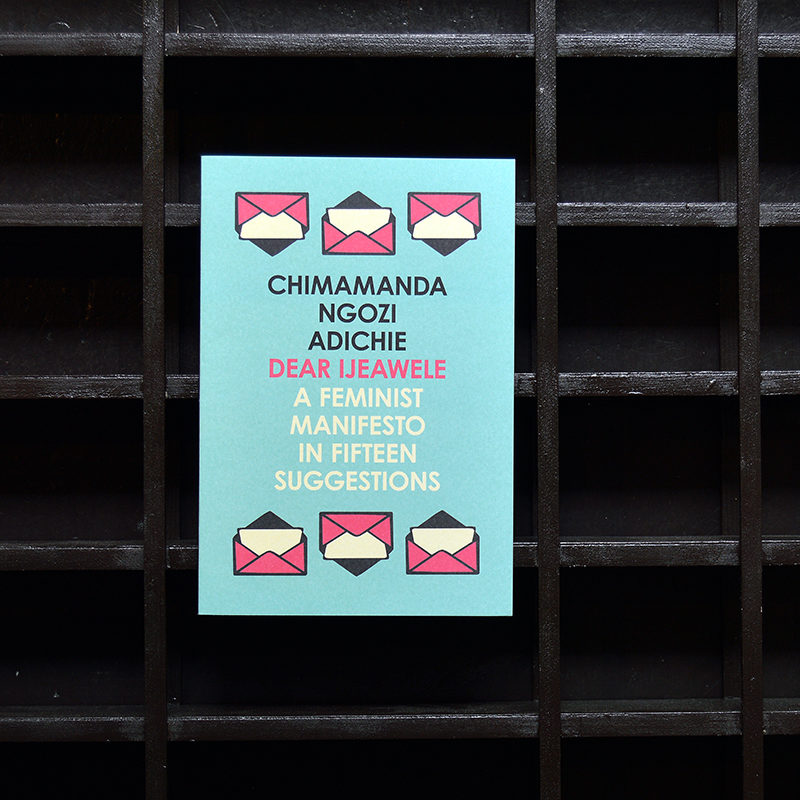 Dear Ijeawele, or A Feminist Manifesto in Fifteen Suggestions

Dear Ijeawele, or A Feminist Manifesto in Fifteen Suggestions is an epistolary form manifesto written by author Chimamanda Ngozi Adichie. Dear Ijeawele was posted on her official Facebook page on October 12, 2016, was subsequently adapted into a book, and published in print on March 7, 2017. ↑ ↓ ↓ 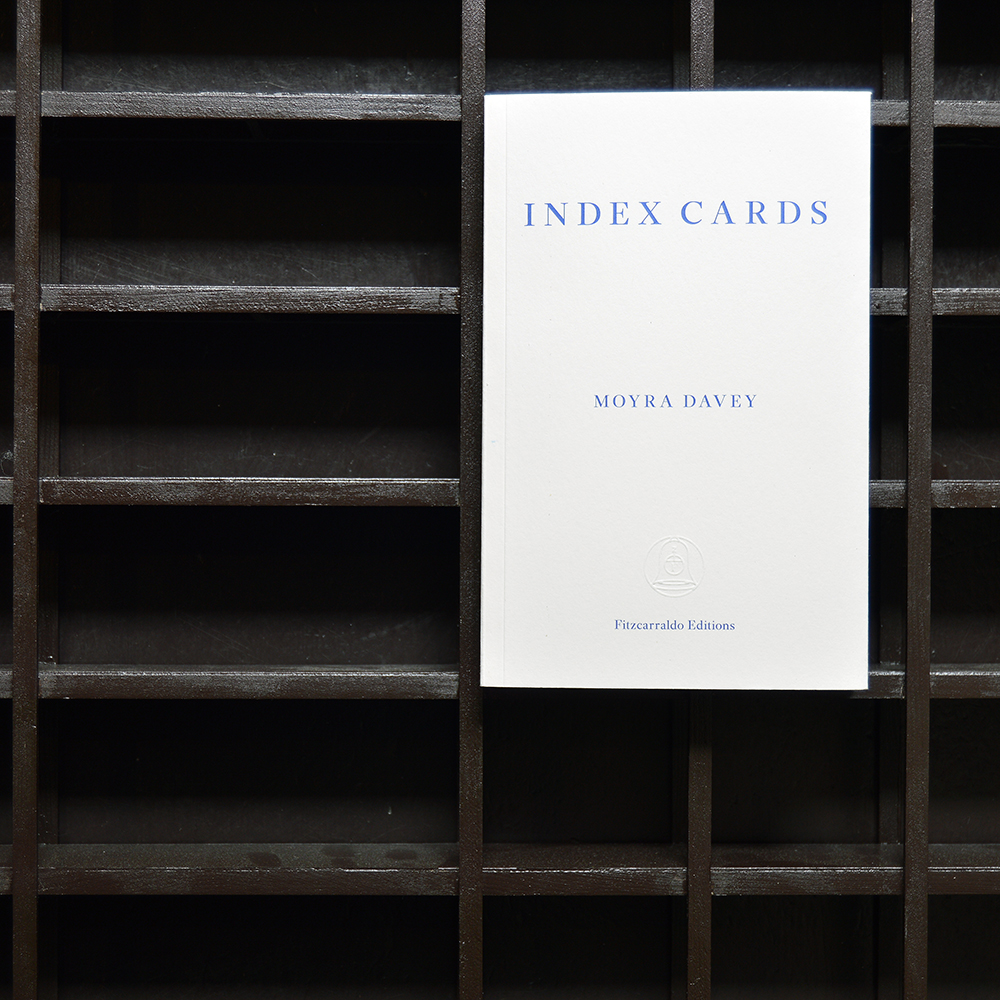 In these essays, the acclaimed artist, photographer, writer, and filmmaker Moyra Davey often begins with a daily encounter - with a photograph, a memory, or a passage from a book - and links that subject to others, drawing fascinating and unlikely connections, until you can almost feel the texture of her thinking. While thinking and writing, she weaves together disparate writers and artists - Mary Wollstonecraft, Jean Genet, Virginia Woolf, Janet Malcolm, Chantal Akerman, and Roland Barthes, among many others - in a way that is both elliptical and direct, clearheaded and personal, prismatic and self-examining, layering narratives to reveal the thorny but nourishing relationship between art and life. ↑ ↓ ↓ 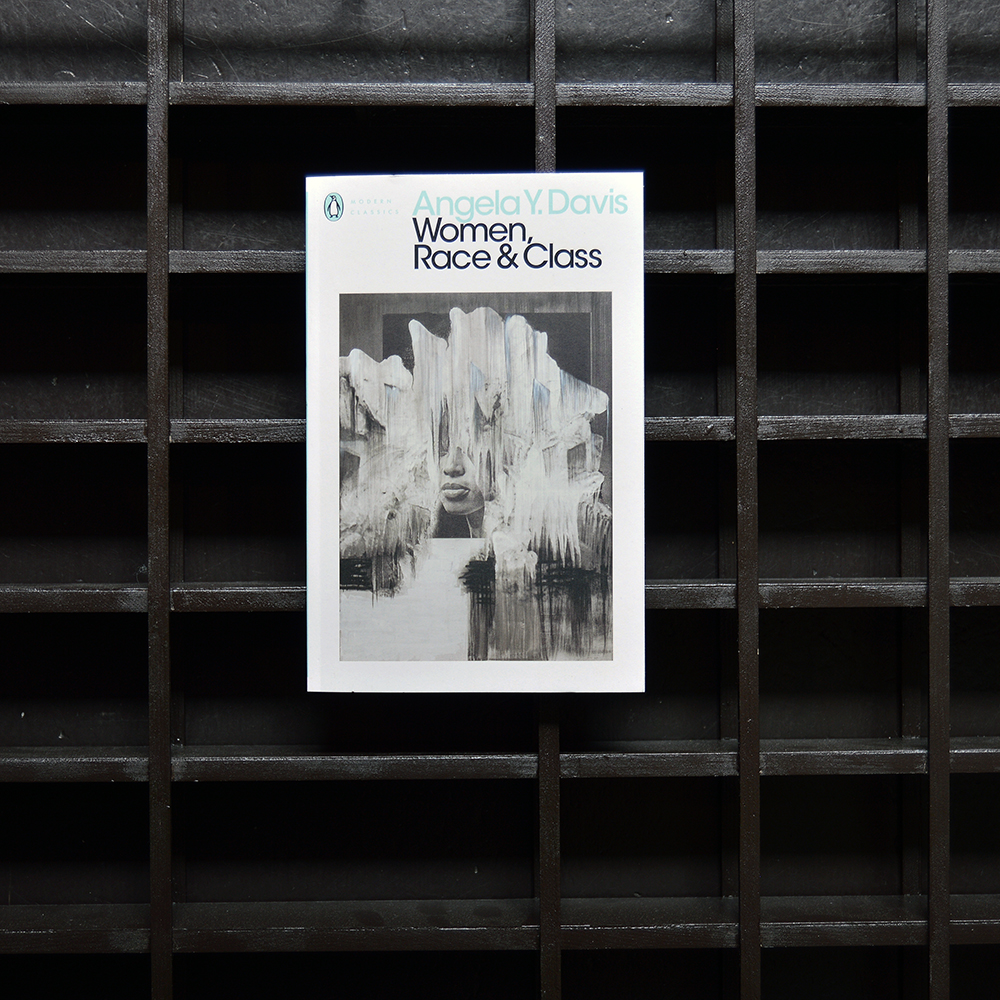 Ranging from the age of slavery to contemporary injustices, this groundbreaking history of race, gender and class inequality by the radical political activist Angela Davis offers an alternative view of female struggles for liberation. Tracing the intertwined histories of the abolitionist and women's suffrage movements, Davis examines the racism and class prejudice inherent in so much of white feminism, and in doing so brings to light new pioneering heroines, from field slaves to mill workers, who fought back and refused to accept the lives into which they were born. ↑ ↓ ↓ 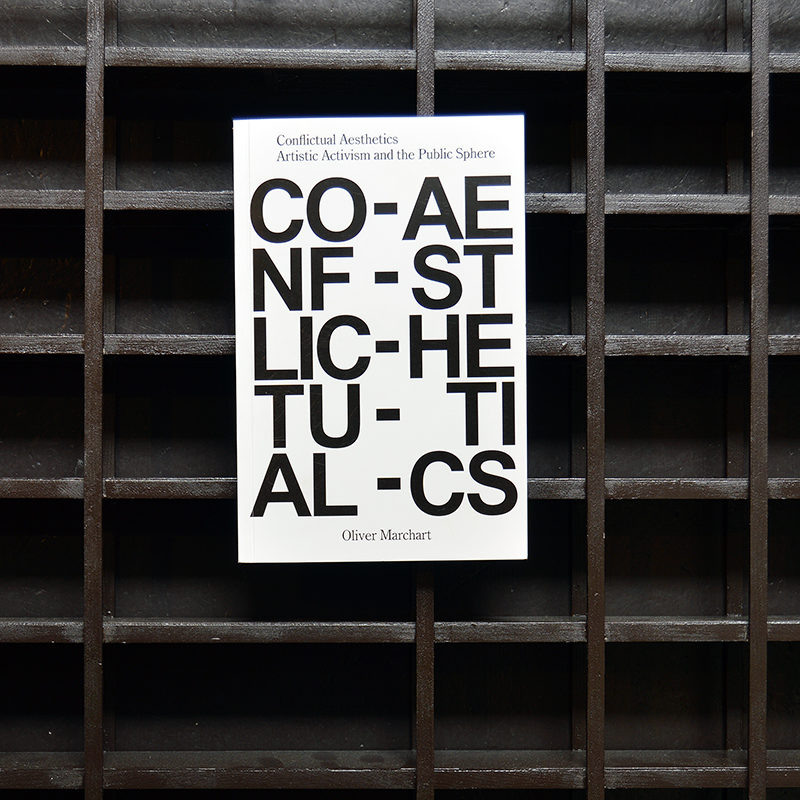 A new wave of artistic activism has emerged in recent years in response to the ever-increasing dominance of authoritarian neoliberalism. Activist practices in the art field, however, have been around much longer. As Oliver Marchart claims, there has always been an activist undercurrent in art. In this book he traces trajectories of artistic activism in theater, dance, performance, and public art, and investigates the political potential of urbanism, curating, and “biennials of resistance.” What emerges is a conflictual aesthetics that does not conform with traditional approaches to the field and that activates the political potential of artistic practice. Oliver Marchart is a political theorist and philosopher. He is currently professor of political theory at the University of Vienna. His books include Post-foundational Political Thought: Political Difference in Nancy, Lefort, Badiou and Laclau (2007), Thinking Antagonism: Political Ontology after Laclau (2018), and the forthcoming Post-foundational Theories of Democracy: Reclaiming Freedom, Equality, Solidarity. ↑ ↓ ↓ 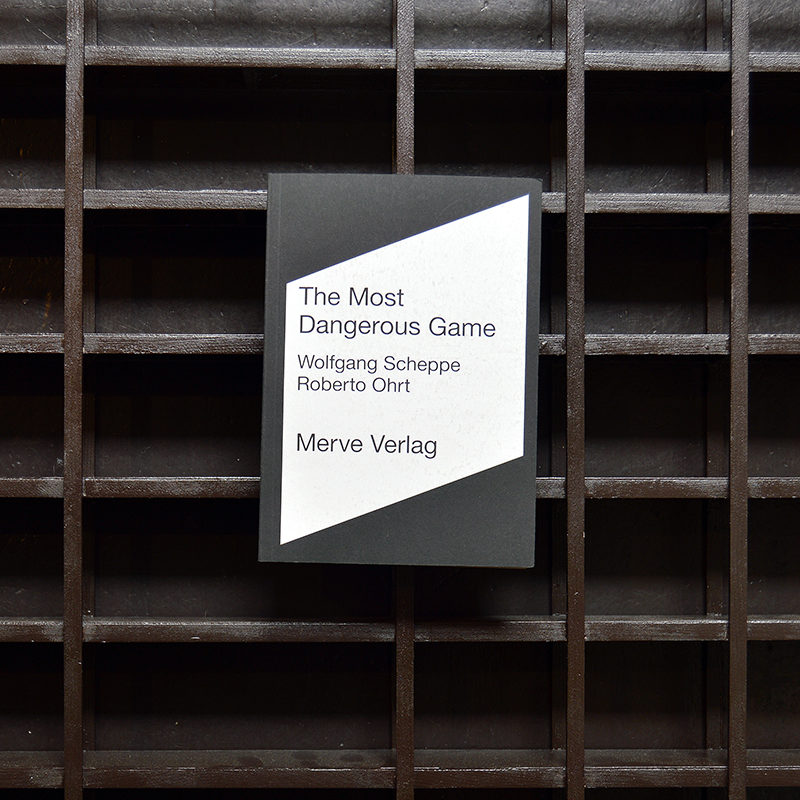 The Most Dangerous Game 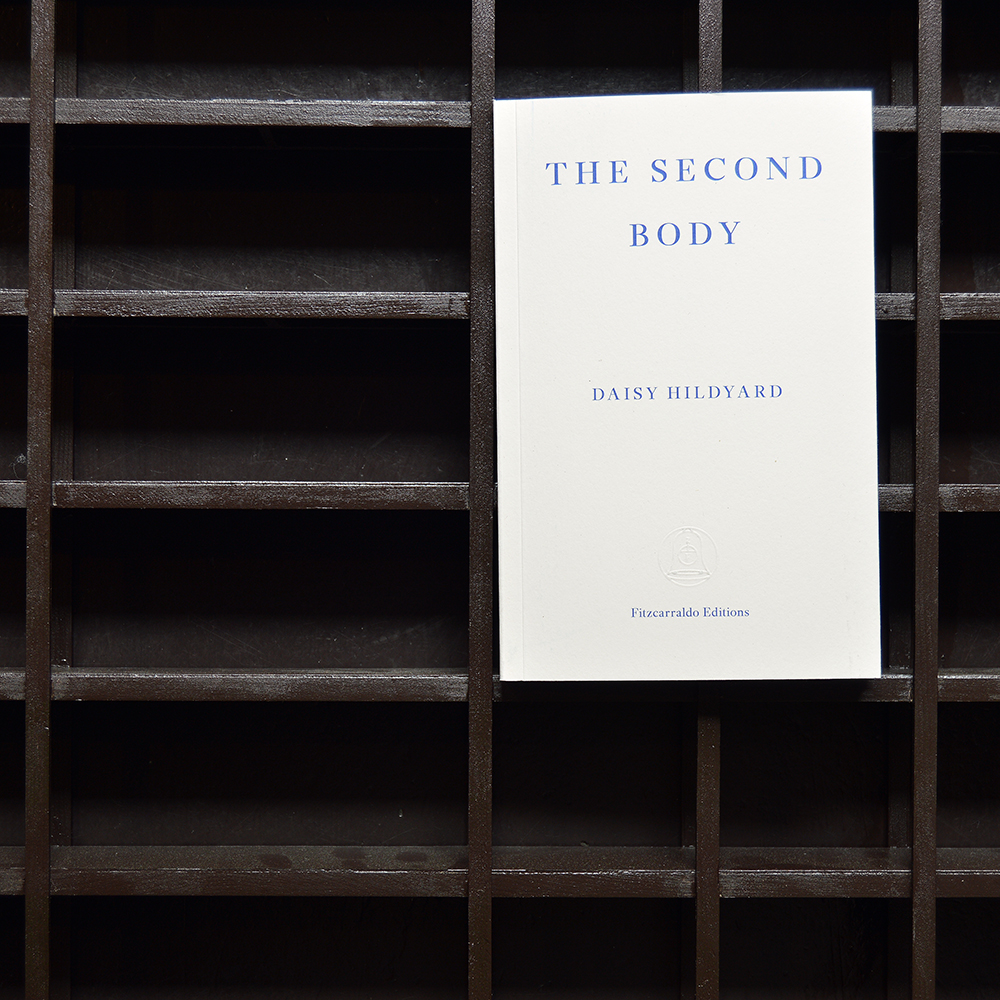 Every living thing has two bodies. To be an animal is to be in possession of a physical body, a body which can eat, drink and sleep; it is also to be embedded in a worldwide network of ecosystems. When every human body has an uncanny global presence, how do we live with ourselves? In this timely and elegant essay, Daisy Hildyard captures the second body by exploring how the human is a part of animal life. She meets Richard, a butcher in Yorkshire, and sees pigs turned into boiled ham; and Gina, an environmental criminologist, who tells her about leopards and silver foxes kept as pets in luxury apartments. She speaks to Luis, a biologist, about the origins of life; and talks to Nadezhda about fungi in an effort to understand how we define animal life. Eventually, her second body comes to visit her first body when the river flooded her home last year. The Second Body is a brilliantly lucid account of the dissolving boundaries between all life on earth. ↑ ↓ ↓ 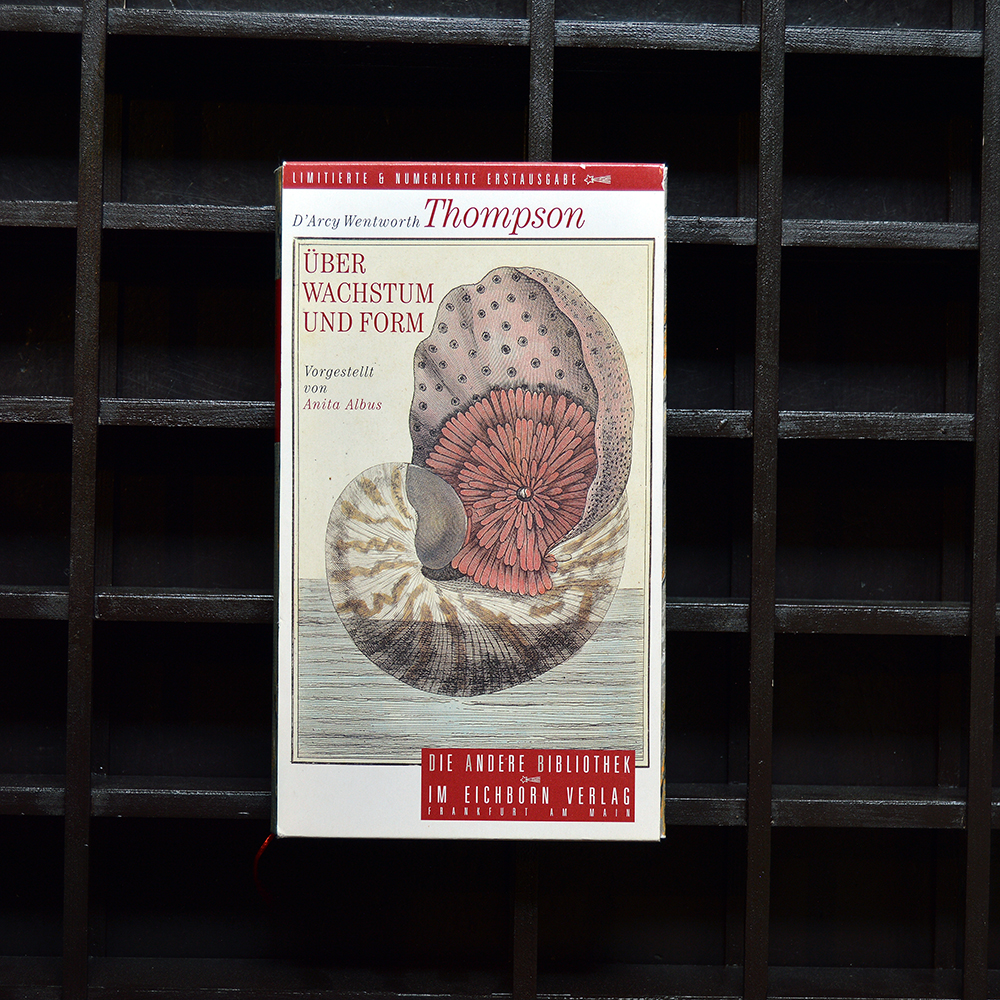 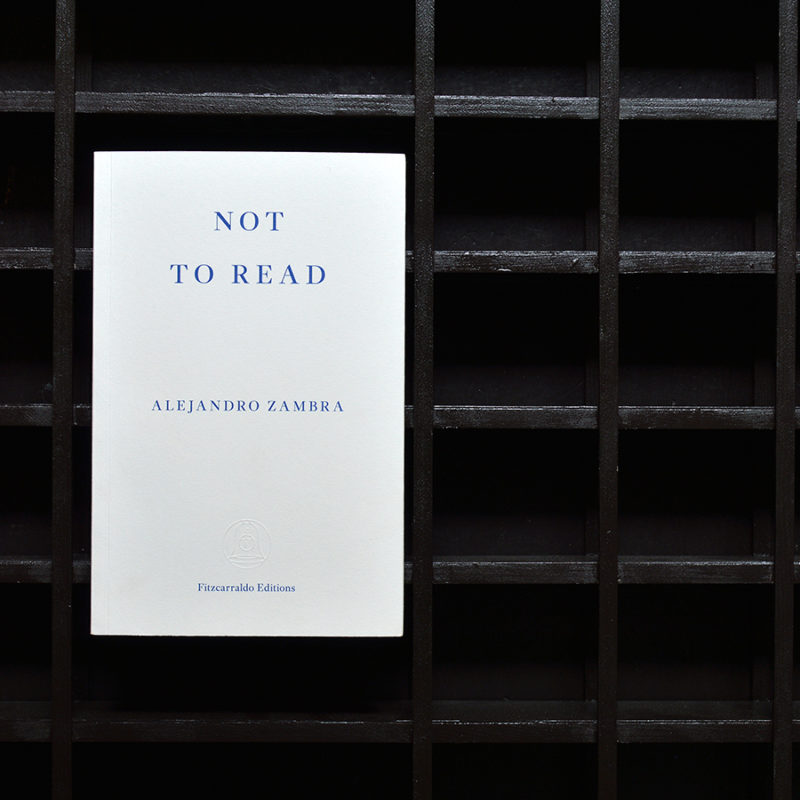 In Not to Read, Alejandro Zambra outlines his own particular theory of reading that also offers a kind of blurry self-portrait, or literary autobiography. Whether writing about Natalia Ginzburg, typewriters and computers, Paul Léautaud, or how to be silent in German, his essays function as a laboratory for his novels, a testing ground for ideas, readings and style. Not to Read also presents an alternative pantheon of Latin American literature – Zambra would rather talk about Nicanor Parra than Pablo Neruda, Mario Levrero than Gabriel García Márquez. His voice is that of a trusted friend telling you about a book or an author he’s excited about, how he reads, and why he writes. A standard-bearer of his generation in Chile, with Not to Read Alejandro Zambra confirms he is one of the most engaging writers of our time. ↑ ↓ ↓ 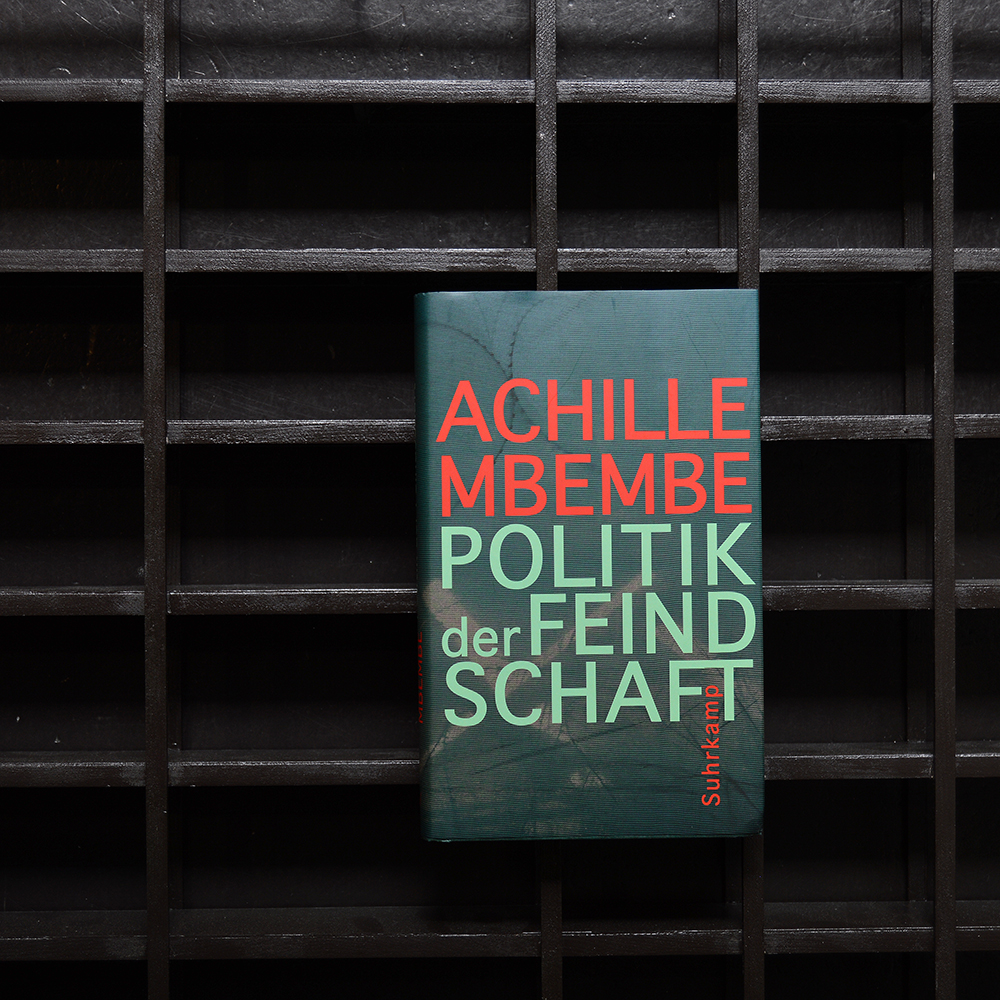 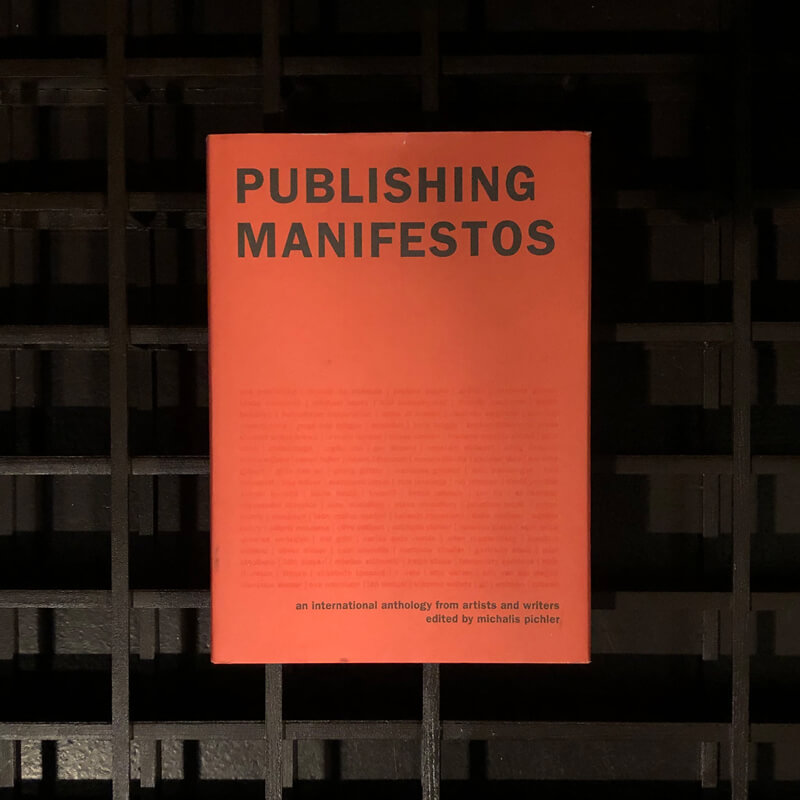 Independent publishing, art publishing, publishing as artistic practice, publishing counterculture, and the zine, DIY, and POD scenes have proliferated over the last two decades. So too have art book fairs, an increasingly important venue—or even medium—for art. Art publishing experienced a similar boom in the 1960s and 1970s, in response to the culture's "linguistic turn." Today, art publishing confronts the internet and the avalanche of language and images that it enables. The printed book offers artists both visibility and tangibility. Publishing Manifestos gathers texts by artists, authors, editors, publishers, designers, zinesters, and activists to explore this rapidly expanding terrain for art practice. The book begins in the last century, with texts by Gertrude Stein, El Lissitsky, Oswald de Andrade, and Jorge-Luis Borges. But the bulk of the contributions are from the twenty-first century, with an emphasis on diversity, including contributions from Tauba Auerbach, Mariana Castillo Deball, Ntone Edjabe, Girls Like Us, Karl Holmqvist, Temporary Services, and zubaan. Some contributors take on new forms of production and distribution; others examine the political potential of publishing and the power of collectivity inherent in bookmaking. They explore among other topics, artists' books, appropriation, conceptual writing, non-Western communities, queer identities, and post-digital publishing. Many texts are reproduced in facsimile—including a handwritten "speculative, future-forward newspaper" from South Africa. Some are proclamatory mission statements, others are polemical self-positioning; some are playful, others explicitly push the boundaries. All help lay the conceptual foundations of a growing field of practice and theory. ↑ ↓ ↓ 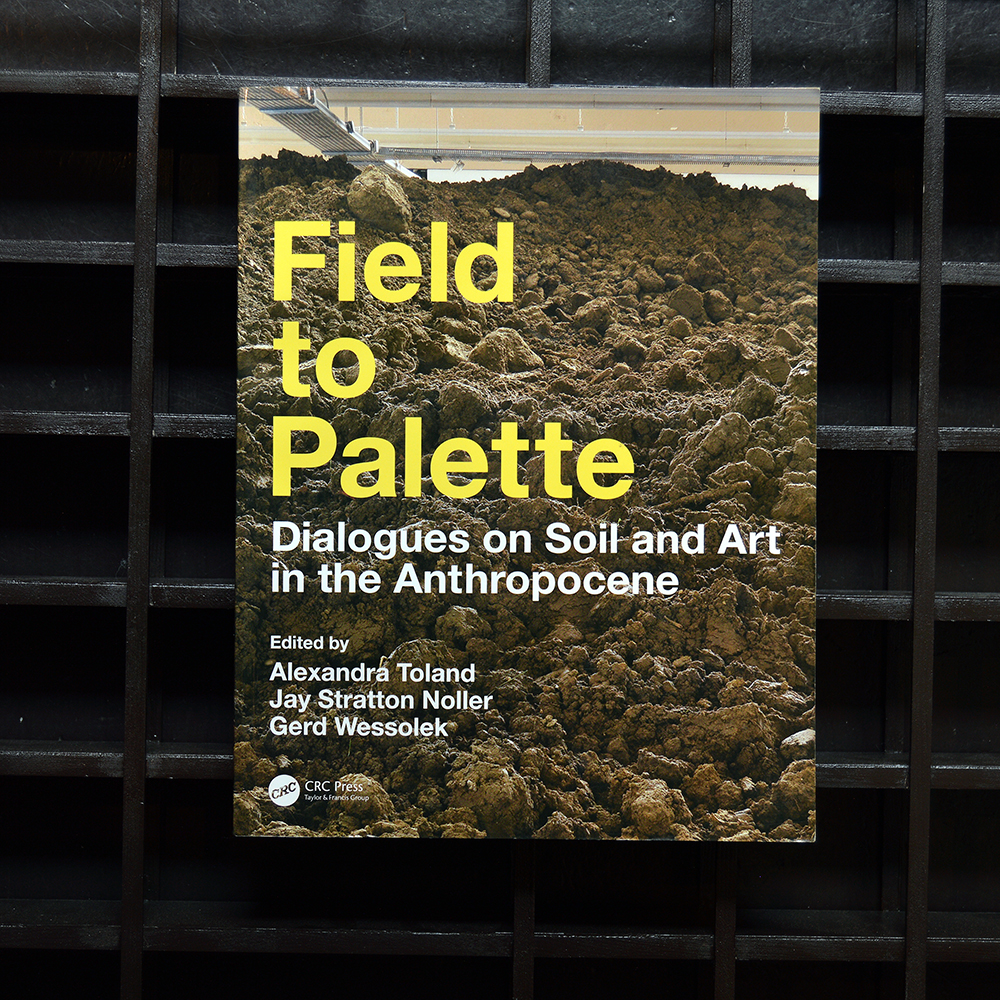 Field to Palette: Dialogues on Soil and Art in the Anthropocene

Field to Palette: Dialogues on Soil and Art in the Anthropocene is an investigation of the cultural meanings, representations, and values of soil in a time of planetary change. The book offers critical reflections on some of the most challenging environmental problems of our time, including land take, groundwater pollution, desertification, and biodiversity loss. At the same time, the book celebrates diverse forms of resilience in the face of such challenges, beginning with its title as a way of honoring locally controlled food production methods championed by "field to plate" movements worldwide. By focusing on concepts of soil functionality, the book weaves together different disciplinary perspectives in a collection of dialogue texts between artists and scientists, interviews by the editors and invited curators, essays and poems by earth scientists and humanities scholars, soil recipes, maps, and DIY experiments. With contributions from over 100 internationally renowned researchers and practitioners, Field to Palette presents a set of visual methodologies and worldviews that expand our understanding of soil and encourage readers to develop their own interpretations of the ground beneath our feet. ↑ ↓ ↓ 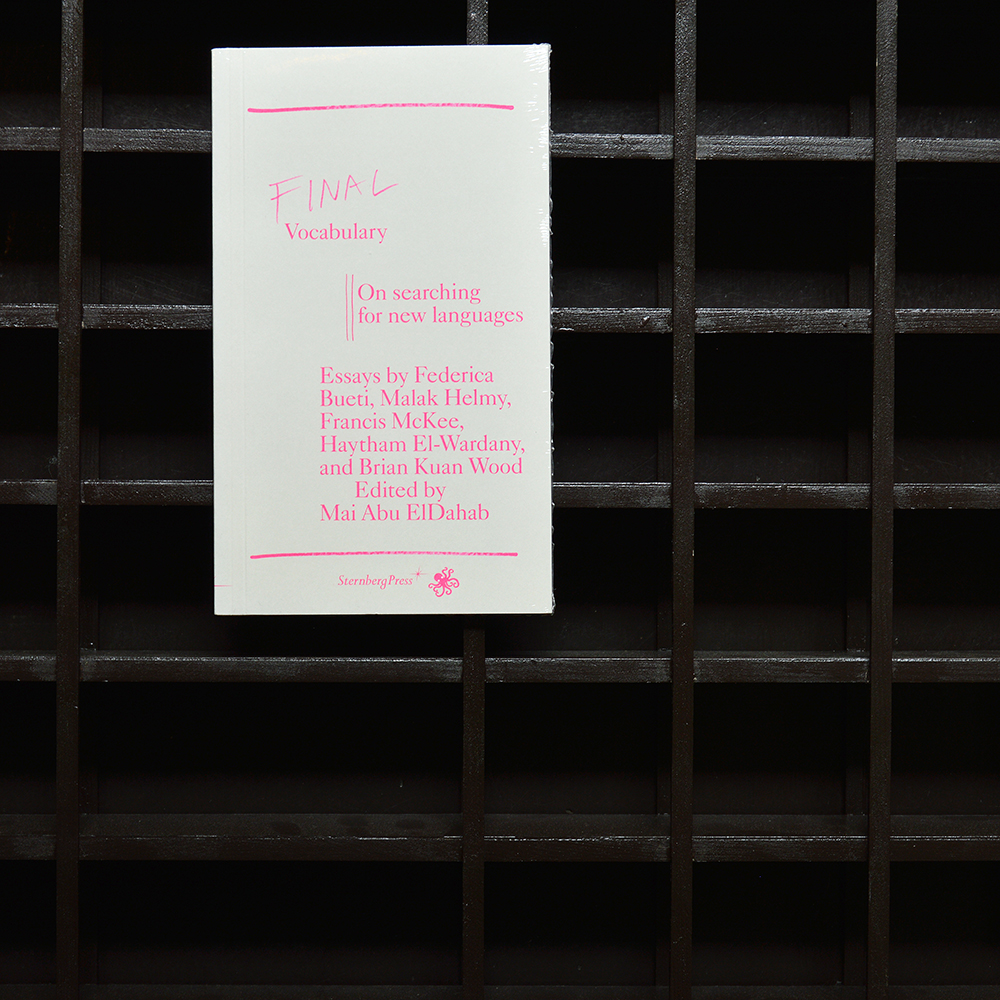 Five essays that take an intimate look at what language’s role is in moments of dramatic change, and how to find meaning for artistic practices in these transformative conditions. Taking its cue from the aftermath of the events of the Egyptian Revolution in 2011, Final Vocabulary doesn’t provide answers as much as it captures the spirit of the moment of searching in which the writers find themselves. The book was developed out of a live conversation at an event called “The Informal Meeting” that took place in Leuven in January 2015, where participants were asked: Our histories and references are often in a different language (abstract or actual) than we use ourselves, what tools do you think are or might be useful to help you trust your own memories and narratives? What, if anything, do you think we might borrow from art to experiment with language in different situations? In English and Arabic. ↑ ↓ ↓