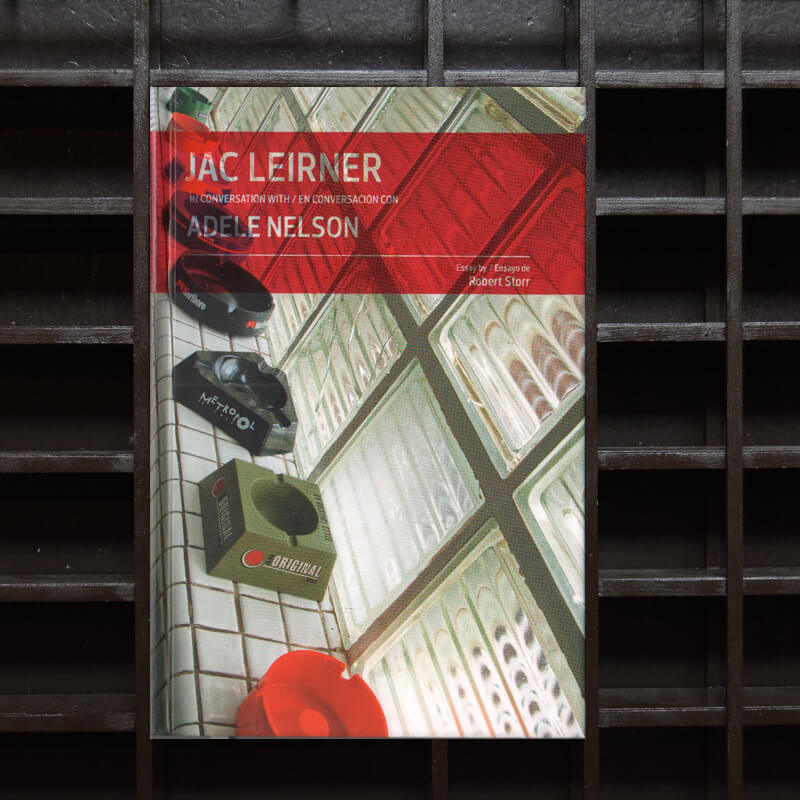 with essay by Robert Storr

Jac Leirner in conversation with/en conversación con Adele Nelson presents an extended dialogue between the Brazilian conceptual artist, Jac Leirner (b. 1961), and writer and art historian Adele Nelson, with an introductory essay by Robert Storr. Leirner’s meticulously constructed works carve out a place for commonplace objects, from cigarette packs and plastic shopping bags to cutlery and currency. In this, the first in-depth study of Leirner’s creative process, Nelson interviews the artist about more than two decades of production. Jac Leirner, born in 1961 in São Paulo, emerged in the early 1990s at the forefront of a new transnational generation of artists looking to the art of the 1960s and 1970s as a point of departure. ↑ ↓ ↓