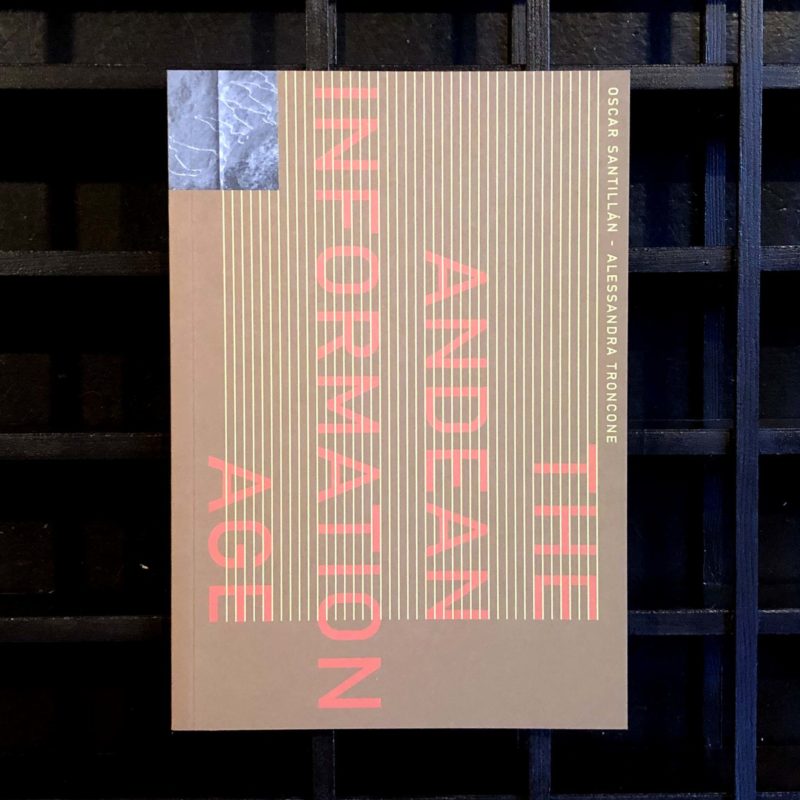 Over a thousand years ago a form of material code emerged among the Andes mountains. By means of knotted ropes, called ‘quipus’, numbers and words were enacted. This publication The Andean Information Age knots together a universe of stories related to the quipu system, the history of its ongoing decipherment, and the disruption that this sensorial code may be able to trigger in our present. ↑ ↓ ↓ 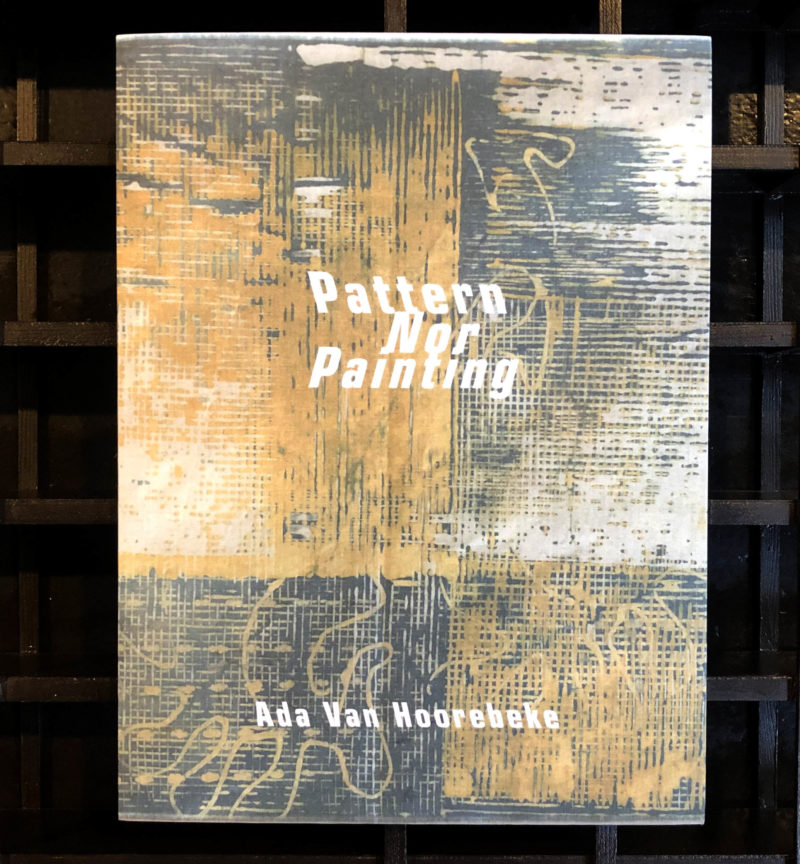 The motifs produced during time-intensive dyeing processes – which uses indigo, urine, and extracts of natural waste materials – are neither conventional fabric nor lace patterns, and they have only a distant relationship to batik painting. Yet, they are simulations and portraits of both. Pattern Nor Painting starts in a batik Workshop in Bantul, Indonesia where an artist reconnects with her blank canvas and the batik techniques she learned from an artist in Serekunda, the Gambia many years ago. As documented in this publication Van Hoorebeke’s installations and performances deftly combine unique textiles and ceramics with production-chain goods, ranging from car parts to strawberry jam. Engaging with ages-old traditions of batik production for present-day communities and settings, her work embodies ancient craft, story-telling, time, female thinking, and above all, a connection to the natural world. ↑ ↓ ↓ 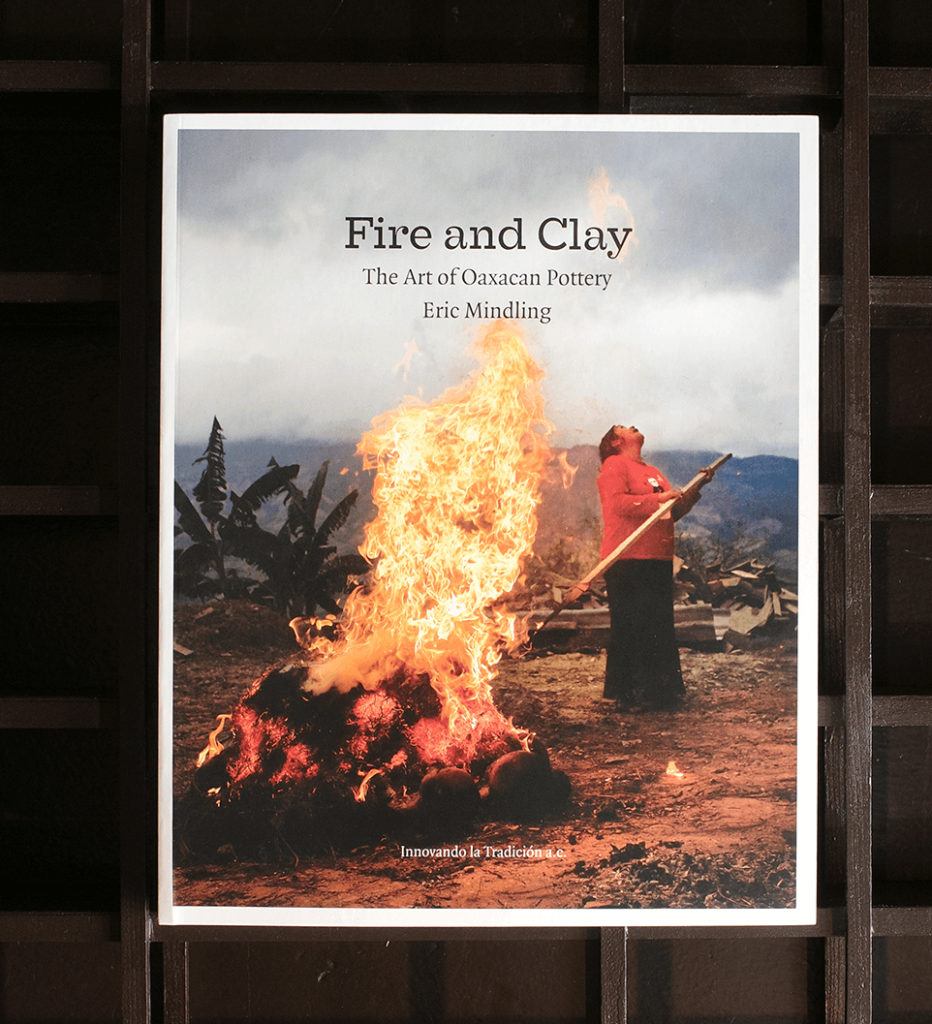 Fire and Clay. The Art of Oaxacan Pottery

This book is an homage to the wisdom of potters and a journey into the depths of the ancient trade of pottery. Through beautiful imagery and delightful prose, the book explaines the wisdom of artisanal design and pottery’s important economical, social and identity-based roles. The book approaches pottery from a design perspective, touching on themes such as diversity in form, social contexts, funcionality, techniques and the challenges presented by modern times, providing us with the tools to understand pottery and potters in all their complexity. With a prologue by master ceramic artist, Gustavo Pérez, and photos by Paris Barrera. For explorers, there is a detailed guide to visit the 70 pottery villages presented in the book, with maps and directions. ↑ ↓ ↓ 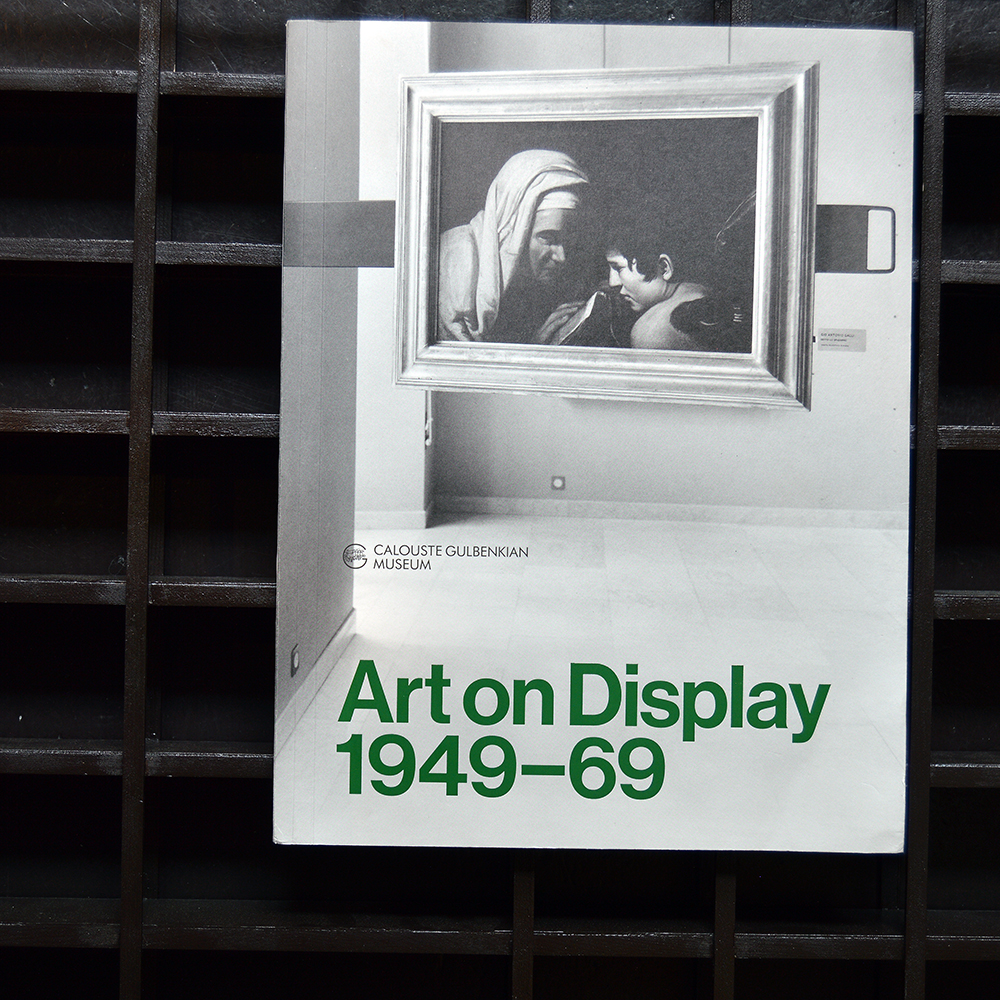 As part of the 50th anniversary of the Calouste Gulbenkian Museum, the exhibition Art on Display explores the display solutions found for the opening of the Museum in 1969 and focuses more generally on the design of museums and exhibitions at that time. The catalogue accompanying the exhibition opens with a curatorial note explaining the aims and characteristics of the exhibition, taking into account that it is held at the Calouste Gulbenkian Foundation in Lisbon and at Het Nieuwe Instituut in Rotterdam at different times. In addition, the catalogue reflects the dual objective of exploring both exhibition design at the Gulbenkian Museum and other significant examples of post-war international museography, as the essays written by each curator of the exhibition reveal: Penelope Curtis analyses the relationship between the Museum and exhibition design in other countries, especially the designs developed by Franco Albini, while Dirk van den Heuvel explores the exhibition as an urban space in the work of Aldo van Eyck, Alison and Peter Smithson and Lina Bo Bardi. The five case studies following these two texts provide greater detail about the projects that the exhibition aims to recreate: Palazzi Bianco and Rosso by Franco Albini, Museo Correr by Carlo Scarpa, First and Second International Exhibition of Experimental Art and Fifth International Sculpture Exhibition by Aldo van Eyck, Painting & Sculpture of a Decade 54-64 by Alison and Peter Smithson and the Museu de Arte de São Paulo by Lina Bo Bardi. Both the essays and the case studies are amply illustrated with drawings and archive photographs of the exhibitions cited, as well as with views of the exhibition at the Gulbenkian Museum. ↑ ↓ ↓ 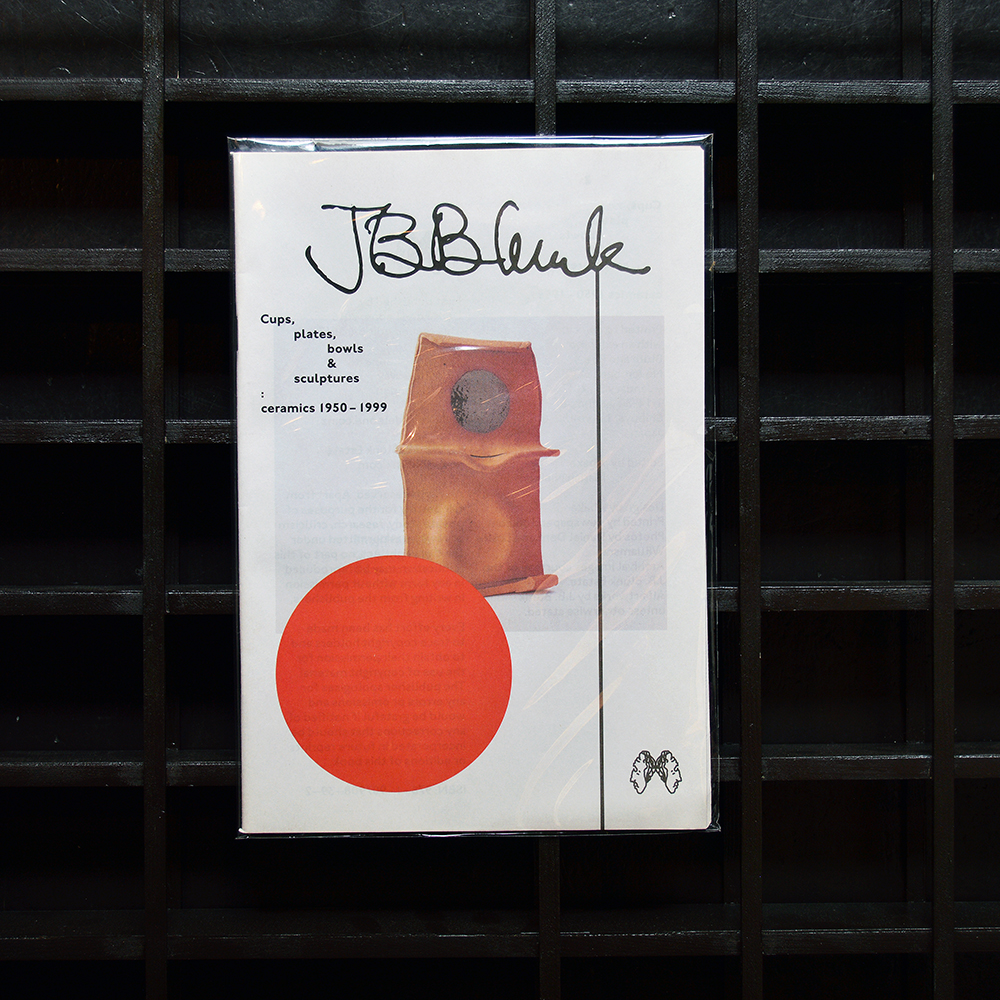 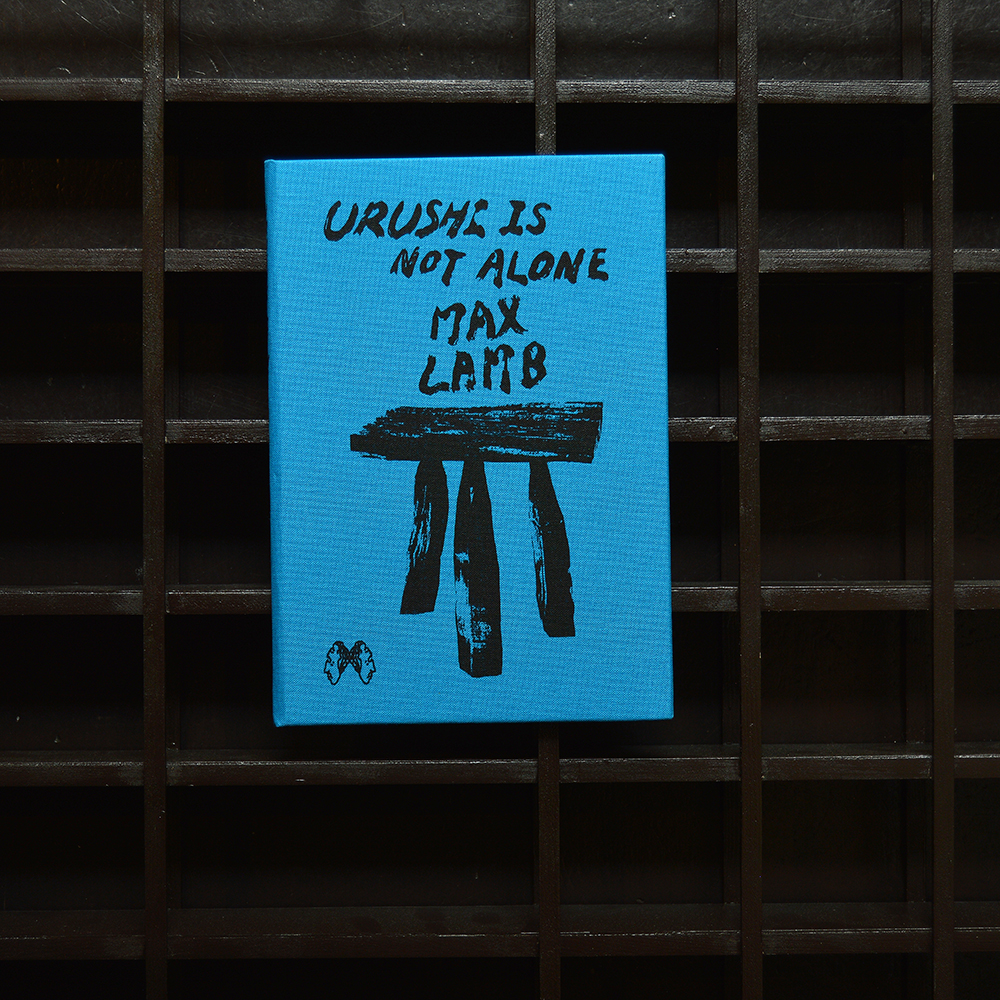 Urushi is Not Alone

The oldest urushi object is about 9,000 years old and was found in Hokkaido, Japan. Fast forward to the 21st Century and you will find Max Lamb travelling, on numerous occasions since 2013, to Wajima in Ishikawa prefecture, Japan to work with the craft of urushi lacquer. Max Lamb is a designer with a mission: give him an existing tool, or an existing material, or indeed both, and he will single-handedly transform it into something you will find immediately familiar but which you have never seen before. ↑ ↓ ↓ 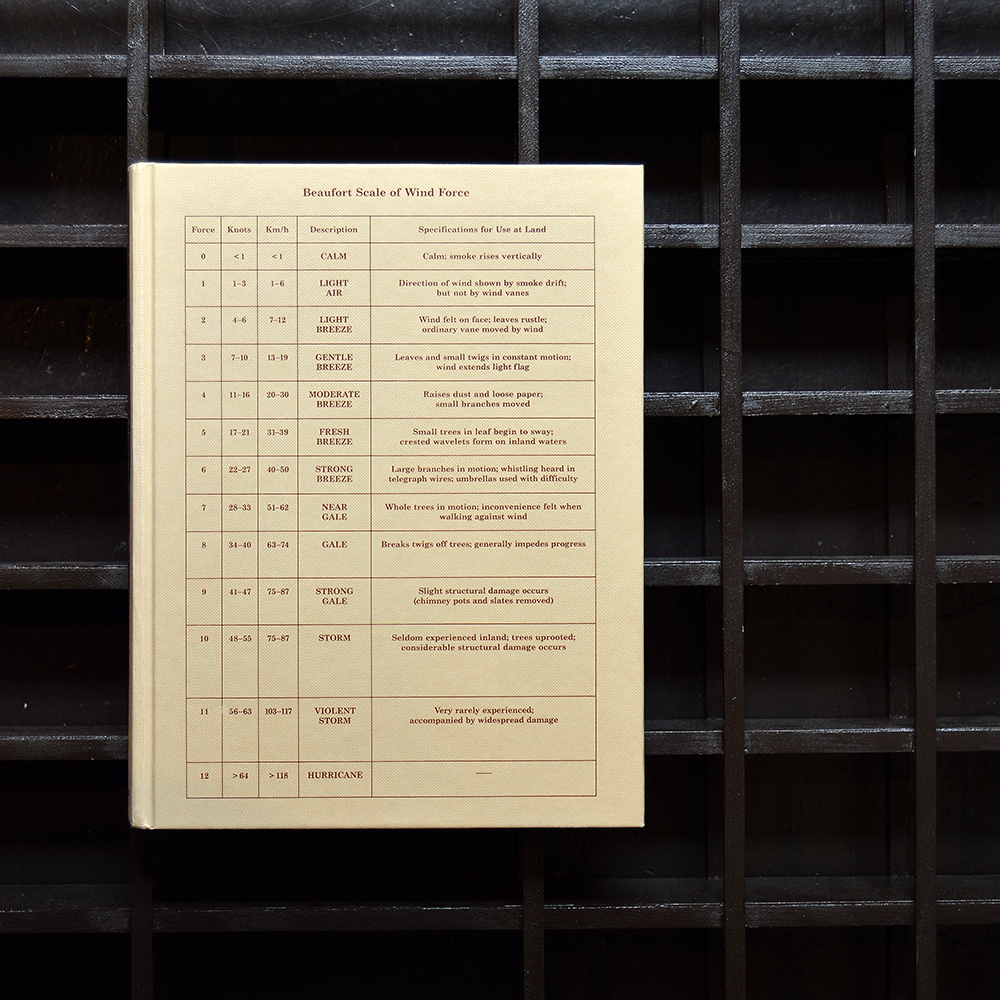 The Work of Wind: LAND

n 1806, the British sea admiral Sir Francis Beaufort invented the Beaufort Scale of Wind Force as an index of thirteen levels measuring the effects of wind force. It was first used for the practical navigation of nineteenth- century ocean space; through a system of observation, wind speed was measured by observing how it composes at sea (for example, waves are formed) and decomposes on land (for example, leaves are blown from trees, chimney pots lifted, houses are destroyed). Across a variegated set of curatorial and editorial instantiations developed by Christine Shaw (Director/Curator of the Blackwood Gallery, University of Toronto Mississauga) in 2018/19, the Beaufort Scale of Wind Force becomes a diagram of prediction and premonition in the context of accelerating planetary extinction. The Work of Wind: Air, Land, Sea appropriates the Beaufort Scale of Wind Force as a readymade index for curating a site-specific exhibition in the Southdown industrial area of Mississauga, Ontario, Canada, and a publication divided into three conjoining volumes published by K. Verlag. The project is extended by the Society for the Diffusion of Useful Knowledge, a public program and broadsheet series. ↑ ↓ ↓ Bruno Munari (1907–1998) is an artist and designer who is very little known north of the Alps, a state of affairs that is almost amusingly disproportionate to his importance. For this reason, this book wants to introduce Munari by looking at some of the questions he asks and some of his approaches. Indeed: anyone who can work as unaffectedly and substantially as Munari really does know how to make the best of things. ↑ ↓ ↓